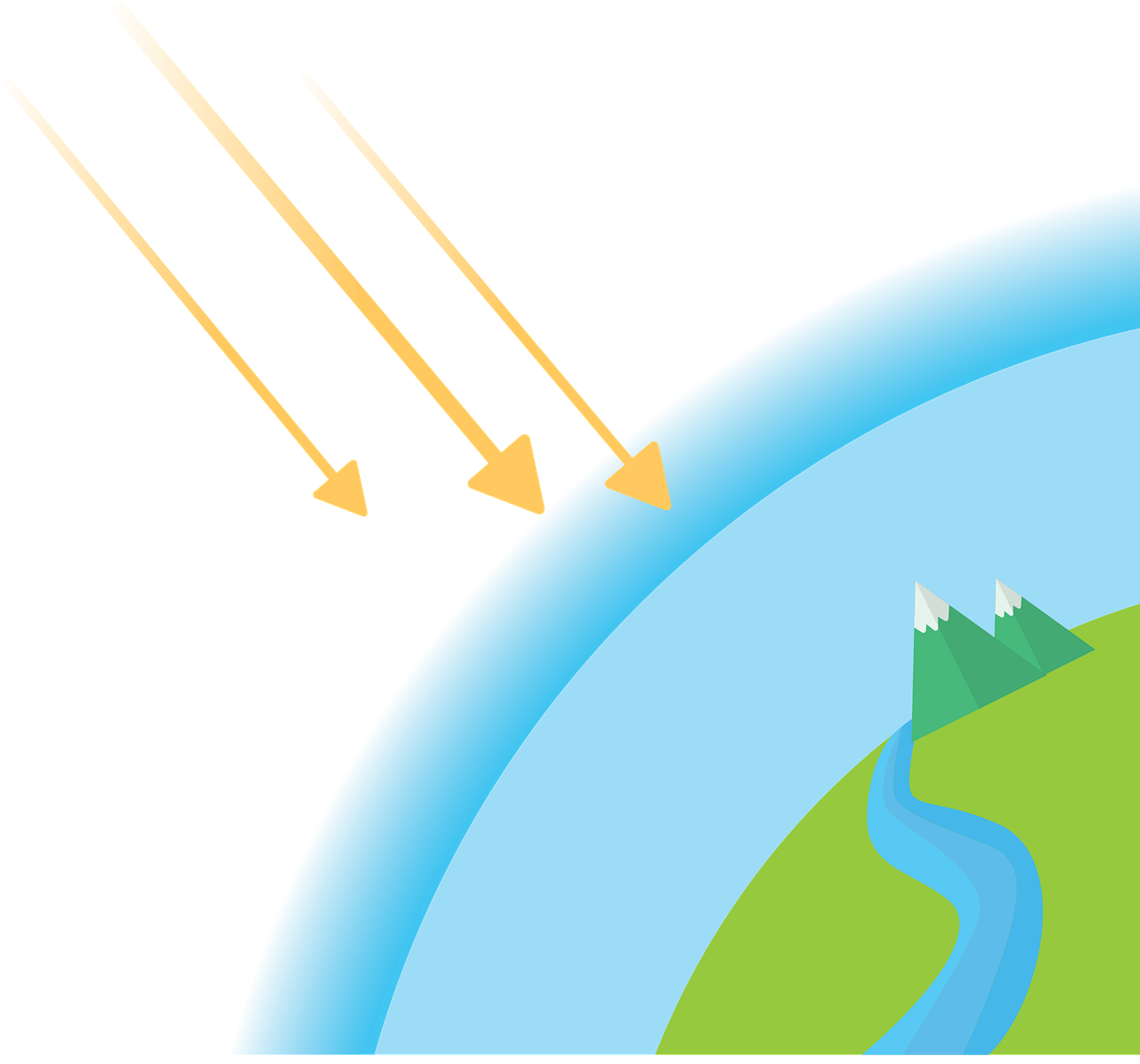 Earth’s atmosphere has a stratified structure, one of which, from 10 to 20 km from the crust, is called stratosphere; a region of the stratosphere is called “ozone layer”.

Here we can observe the highest ozone concentration; ozone is vital for maintaining the balance of life on Earth; in fact, 97-99% of the dangerous Sun’s ultraviolet radiation can be absorbed by the ozone layer. One of the harmful effects that those radiation can provoke is skin cancer, and nowadays using sunscreen cream has become essential. Atmospheric ozone formation happens in two phases:

The ozone layer seems to have a constant concentration on the Tropical Circles, though its highest concentration, with major seasonal variations, is found above Poles and at the latitudes around them. When we talk about the ozone depletion we must not think about a literal “hole” but an anomalous thinning phenomenon of the layer, that therefore can’t absorb the Sun’s harmful UV as it usually does. Every year (September-November period) a natural thinning in the ozone layer can be observed above the Antarctic, even though from some data collection done in 1985, the natural depletion has progressively intensified.

The greater culprits of this abnormal thinning reside are chlorofluorocarbons (CFCs), volatile organic compounds which have generally be used as common refrigerants and aerosol propellants. Between the Fifties and the Seventies of 20th century those compounds were especially used in canned spray products like deodorants, hair spray and many more everyday objects that favoured an incredible increasing of CFCs and consequently the thinning of the ozone layer.

Further studies discovered that those compounds, even if considered inert, actually remain in the atmosphere for a much longer period of time estimated beforehand (20 to 200 years). This phenomenon cause a slow decomposition by the UV in chlorine atoms that react with the ozone, turning it in molecular oxygen. By this reaction the ozone is consumed and another chlorine atom is born, causing a never ending vicious circle.

Given the fact that in the atmosphere the 80% of chlorine originated from industrial products like CFCs (the remaining 20% come from phenomenon like volcanic eruption or big fires), we must blame mankind for the current state of the ozone depletion and the consequent danger on health.