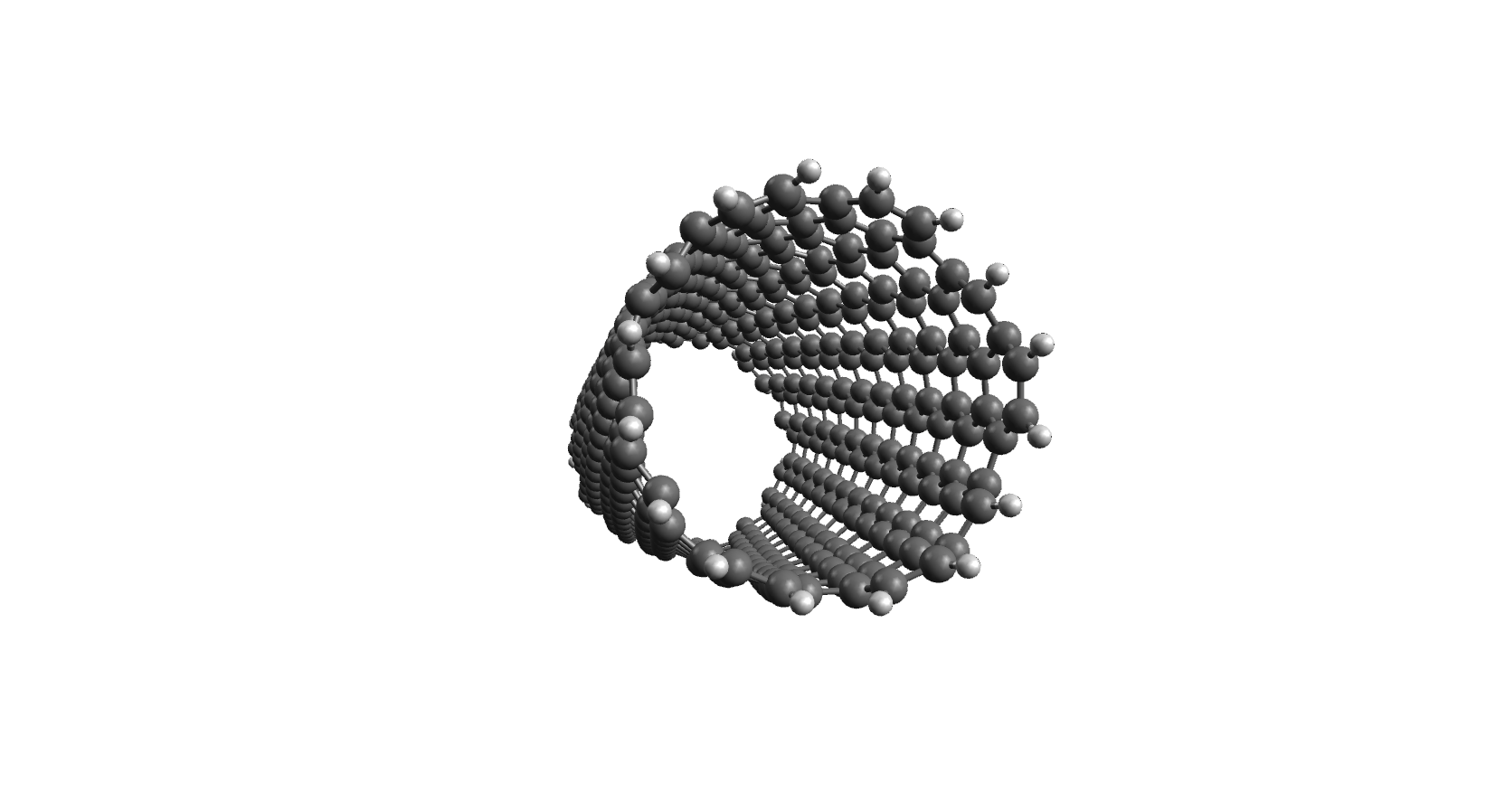 Nanotubes are cylindrical structures whose diameter is, at most, of the order of tens of nanometres, and whose length can reach even a few microns. Nanotubes can be of different materials although the most studied are those of carbon because it is a biocompatible element and is suitable for various applications.

The carbon nanotubes were discovered in 1991 by the Japanese scientist S. Iijima, who observed fullerenic tubular structures using a high-resolution electron microscope.

Since nanotubes consist of carbon atoms arranged on a single sheet of graphite rolled on a cylindrical axis, they can be considered allotropic forms of carbon.

However, it is precisely the presence of both hexagons and pentagons that cause defects or imperfections in the structure that, by deforming the cylinder, limit the possibilities of their use.

The peculiarity of nanotubes is their versatility: in fact, with the same material, but to which small variations in molecular geometry are applied, it is possible to obtain products with very different electronic and mechanical properties.

Single-walled nanotubes prove to be a very voltage resistant material and have excellent electrical properties acting as a current conductor, depending on its diameter or on the sequence of carbon bonds along the circumference of the tube. Research is therefore developing in electronics in order to achieve superfast and ever smaller chips. An application was then found in the biomedical field, after functionalities were developed that made the nanotubes soluble in water, at the same time making them significantly less toxic to cells and more biocompatible. They are used as carriers of drugs and, according to recent studies, as possible contrast agents in the ultrasound field. The mechanical properties of carbon nanotubes are based on the tensile capacity of this material and its flexibility. They can bend up to almost 90° without breaking or being damaged. Strength and flexibility together make nanotubes the ideal materials as reinforcing fibres to other materials, replacing carbon fibres, glass fibres or Kevlar (synthetic fibre of great mechanical strength).

ACTIVITY: How are carbon nanotubes used sustainably? In which industrial sectors? Create a PowerPoint presentation.