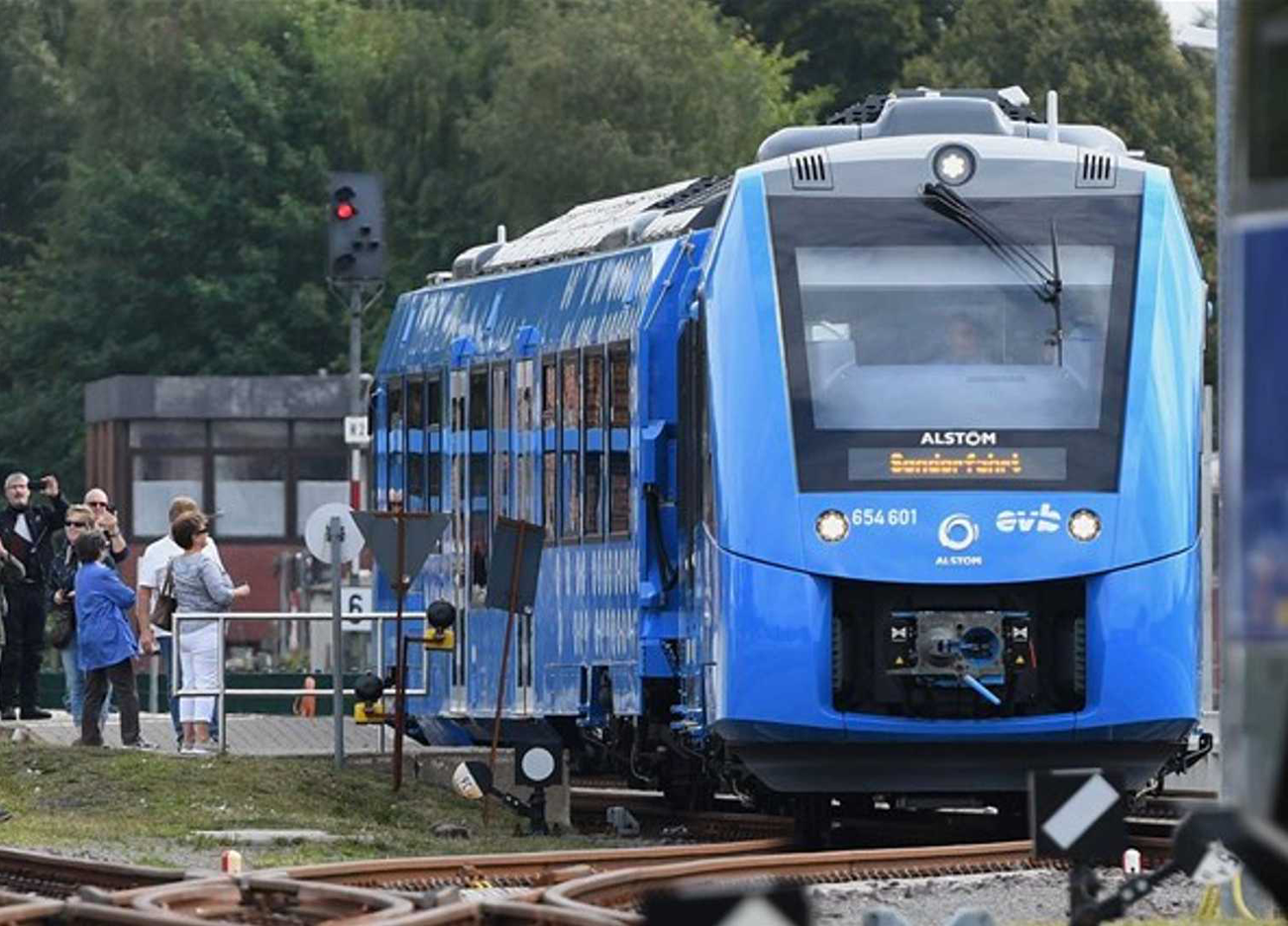 Today, diesel-powered trains with a very high environmental impact are running on the main European railway lines. However, a revolution is underway in this field because hydrogen-powered, clean and silent trains are beginning to travel. The hydrogen train runs on a hydrogen fuel cell, the main source of energy. The traction of the train is electric. Hydrogen, stored in the tanks on board, combines with oxygen from the outside air and produces energy, generating neither particulate matter, carbon dioxide nor other greenhouse gases, but only water vapour and condensed water. The transmission is hydraulic. The lithium-ion batteries are designed to exploit the energy collected during braking and reused during acceleration. In addition, the battery stores energy in excess of that required for traction, reducing consumption.

The autonomy of the hydrogen-powered train is about one thousand kilometres, like diesel-powered trains and it reaches a speed of 140 km/h and can hold up to 300 passengers both seated and standing. As well as not producing harmful emissions, it has the added advantage of being particularly quiet.

The fuel cells of these trains are fuelled either with hydrogen from fossil fuels or produced by the electrolysis of water, a much greener process. Refuelling takes place once a day in 15 minutes, with a pressure system at 350 atmospheres.

Germany was the first in Europe, in September 2018, to run the first hydrogen trains designed in France by Alstom. The United Kingdom, the Netherlands, Denmark, Norway and Canada are also planning to put hydrogen trains on their networks. France is aiming for 2022.

For the moment, in Germany the hydrogen train is being tested on local routes, with the intention of completely replacing diesel-powered trains.

The Coradia iLint, that’s the name of the new regional green train, is produced by the French multinational Alstom, which also boasts a strong industrial presence in Italy with plants in Savigliano (Cuneo), Sesto San Giovanni (Milan) and Bologna.

Hydrogen favours multimodal applications and common refuelling stations between trains, buses and cars powered by the same technology, so it meets the increasingly stringent requirements of sustainable infrastructure networks.

ACTIVITY: Prepare a text with the 2030 Agenda targets appropriate to this text. Also do a search to see if there are any updates on the use of hydrogen trains.